Realistic portrayal of case manager role is latest Center production to receive a Telly Award.
The Center is honored to be awarded a 2020 Telly Award. The winning submission, Child Welfare Case Manager: It’s More Than a Job, is the result of a collaboration between the South Carolina Department of Social Services and the Center’s Instructional Design and Production team. It’s More Than a Job received a bronze Telly Award in the Non-Broadcast category of General: Recruitment.

The campaign is part of an effort to address problems with the high turnover rate in child welfare. The materials provide a realistic preview of the job to help potential applicants decide if it is a good fit. Research shows that such portrayals improve retention among new hires. The team created four short public service announcements, 78 social media image posts that incorporate the insight of experienced DSS case managers, and an 18-minute video for applicants to view during the interview process. Beck Sullivan, Senior Program Manager of the Instructional Design and Production Team, expressed the joy working on this kind of project brings to the team. She said that “being able to engage with direct line staff” and having “the honor of hearing their stories and of seeing their compassion, dedication, and competence” is always a welcome opportunity. Samples of the work can be viewed on the Center’s website and DSS’s website.

The Telly Awards are an international competition that honors excellence “created within television and across video, for all screens.” Winners are chosen from over 12,000 entries and represent “some of the most respected advertising agencies, television stations, production companies, and publishers from around the world.” In recent years, the Center has earned a bronze People’s Telly Award, as well as several additional bronze Telly Awards.

Congratulations to everyone involved in the creation of this impressive and important campaign! 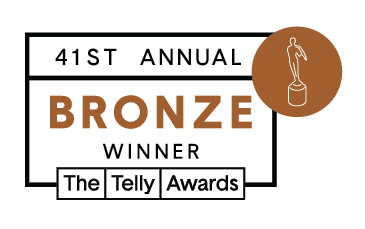